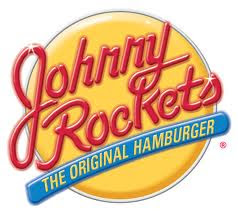 I walked into the Johnny Rockets in the mall exactly on time. There were only three people in there. Besides the waitress, there were a fat, balding guy and a large-boned woman in a cream silk suit and a lot of makeup. I tried to look at the woman without staring. Could the headhunter be in drag? No, he just wasn't here yet.

I started to go back out, when the fat guy said, "Libby?"

I drew in my breath and turned sharply. No way! That couldn't be him. After we had concluded our business and I had accepted the new job, the headhunter had asked me to lunch to celebrate. We were both single, and over the phone I had asked him what he looked like - so I could recognize him, of course.

He had told me that he was a body builder, and a lot of other wonderful things. I was almost intimidated. But, I arranged to meet him anyway.

Slowly, I walked over to the fat guy's booth.

"Something's wrong," he insisted. "What is it?"

This is my submission for this weekend's Trifecta Writing Challenge. This weekend's challenge was to write an actual account of something that had happened to us that featured the number...three!