Wondrous Words Wednesday - A Tricky One 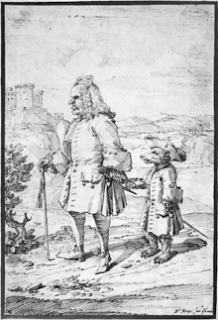 I just finished reading "Glamorous Illusions" by Lisa T. Bergen. I will be doing a review on it soon. (FTC disclosure: I was given a copy of this book by the publisher in exchange for an honest review.)

As I was reading, I was on the look out for words to use in Wondrous Words Wednesday...but, there weren't any! It was a good book about a young woman living in Montana in 1913 who gets swept away on a Grand Tour of Europe. I was lamenting fact that there were no hard words, when I realized there actually WAS a word that was throwing me off! But, it was so simple...or was it...?

The word is Bear. Don't laugh! Let me tell you how they are using it. They are referring to their Grand Tour guide as their "Bear." It is not like a simile or metaphor, meaning that the man is big or hairy or something! In fact, all Grand Tour guides are being called Bears.

I looked up bear in the dictionary and did NOT find a definition where a bear is a tour guide.

So, I googled "Grand Tour Bear," and found this from Wiki:

A bear-leader was formerly a man who led bears about the country. In the Middle Ages and Tudor times these animals were chiefly used in the brutal sport of bear-baiting and were led from village to village. Performing bears were also common; their keepers were generally Frenchmen or Italians.

In the 18th and 19th centuries, a bear-leader was a colloquialism for a man who escorted young men of rank or wealth on their travels, such as young gentlemen on the Grand Tour. The role of bear-leader blended elements of tutor, guardian, chaperon and companion. A late example in literature can be seen in the ambitious Oxford tutor hired to keep an increasingly alcoholic young man out of harm's way -- and out of the way -- in Brideshead Revisited.

So, a bear-leader originally took actual BEARS around, but over time he become someone who led tours!!


If you are following, or interested in, the 2012 Book Pilgrimage, Parolediscribacchina has an AMAZING post on a recent trip to Lisbon! Check it out!


I prepared this as part of Wondrous Words Wednesday at bermudaonion.net.