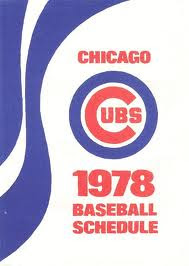 Being petite is just the thing in high school...but, only if you are a girl. So this little, bird-like guy with the frizzy, seventies fro did not interest me in the least.

He had shown up at my friend's house with her college student brother, Joey. And, he was from the tough streets of Gary, Indiana. He was an enigma in our middle-class, white bread subdivision.

I was sitting in a recliner. I was in my Cubs phase; I had a crush on one of the players. I was seventeen.

As I watched the game on TV, the little guy and Joey murmured by the stairs, and then Joey gave me a side-long look and left. The little guy came over and started talking over the game.

"Hey! How ya doin!" he enthused. He was trying to come across as confident, but I could tell he was nervous.

"Good." I answered politely. We are very polite in the Midwest.

Ever well-mannered, I replied, "Oh, well, that's nice. Is it going well?"

"Well," he answered, looking even more nervous. "You're really pretty, and I want you to come and work for me."

"That's nice of you. But, I have school, you know, and a job at McDonald's, which is going pretty well. Plus, you know, I'm a virgin or whatever, so it probably would not be a good fit. But, it's nice of you to ask," I told him, genuinely flattered to have been offered the hooker job.

He reached forward and awkwardly patted me on the knee. "Well, Joey can get in touch with me if you ever change your mind," he said. He swaggered out of the room.

I went back to watching the Cubs.

This post is part of the Trifecta Writing Challenge...why not click over and give it a try!
Posted by Libby at 10:57 AM